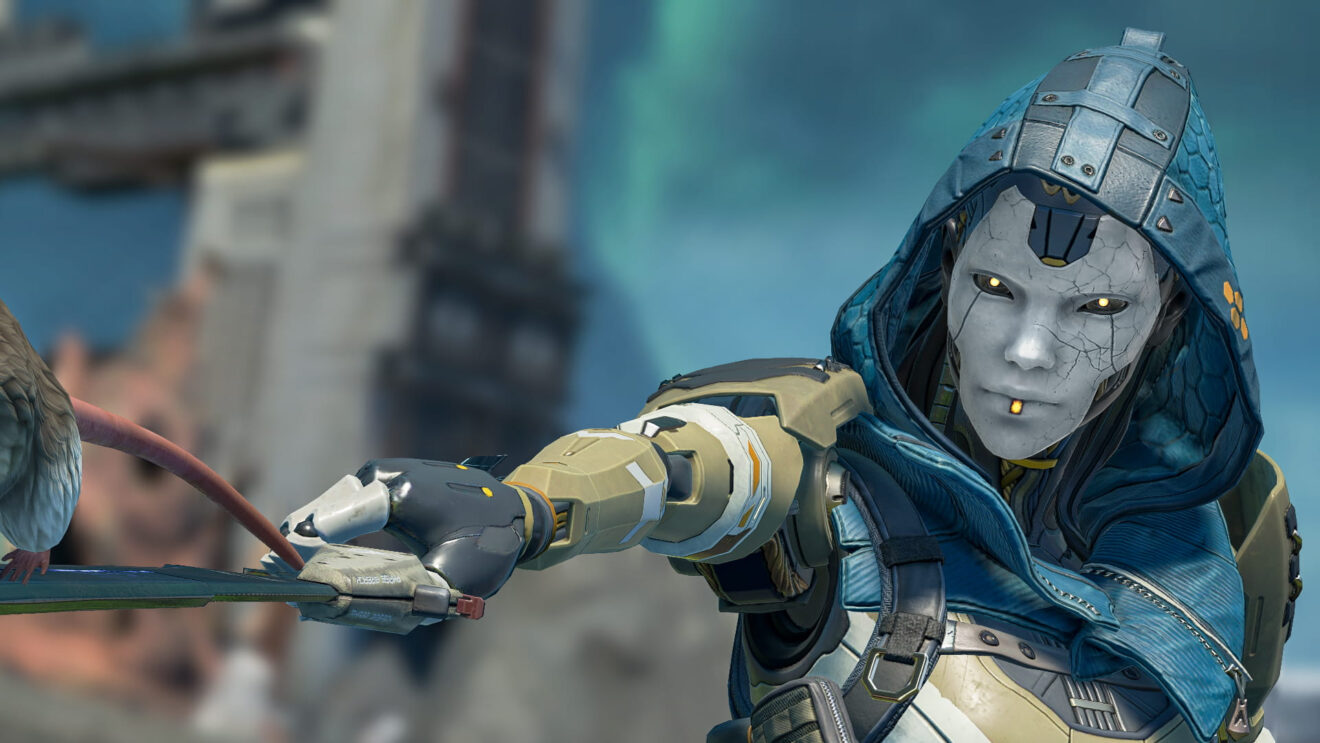 The new trailer for Apex Legends‘s next season, Escape, has given us our first look at the new map, Storm Point, and the new legend, Ash, in action.

Ash brings with her a tragic backstory as well as several deadly abilities. The fractured mind of a genius doctor in a simulacra shell, Ash returns from Titanfall 2 to transcend humanity.

An Arc Snare serves as her tactical ability. It looks like an arc grenade, but it tethers and damages the first enemy who gets too close to it. Her ultimate ability, Phase Breach, lets her target an area and teleport to it through a “one-way portal.” Finally, her Marked for Death passive ability shows recent deathboxes on the map.

In addition to Ash, Escape also introduces Storm Point, the game’s newest map. Besides its somewhat tropical locale, Storm Point offers several major changes to the Apex Legends experience. Gravity Cannons replace redeploy balloons as your main method of quickly moving around the map. These cannons launch players in a pre-determined direction. However, you do have the ability to move to the side in case an enemy is waiting.

Storm Point also introduces Wildlife Nests. These new PvE combat hotspots will pit you against Prowlers and Spiders for the chance to earn Smart Loot Drops, EVO points, and crafting materials. Red markers on the map denote nests, and their locations will remain static from match to match. You will also find new points of interest like the Command Center, Antenna, Lightning Rod, and Storm Catcher on Apex Legends‘ new map.

Last but not least, Escape adds the Combat Advanced Round (C.A.R.) SMG. In Titanfall, the C.A.R. offers a high rate of fire (though it’s slower than the R-97) and easy-to-control recoil. From the Escape trailer, that seems to be the case here as well. Respawn describes the C.A.R. as a “flexible weapon.”

Escape launches on November 2nd, bringing with it all of the above and a new battle pass. The trailer also appears to show off some of the new looks the legends can sport.