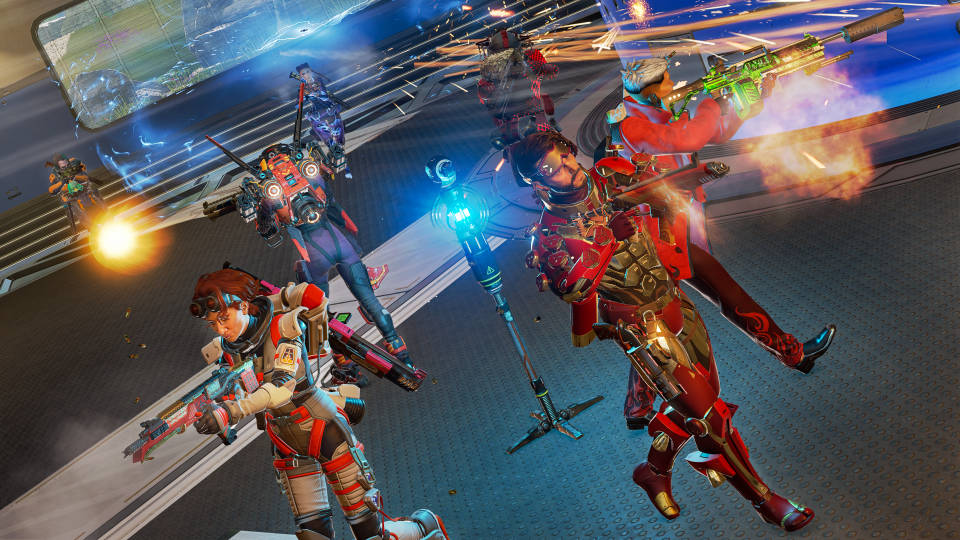 What can Mad Maggie do? How will the new Control mode work? What awaits in the three-year anniversary event? Those are just some of the answers we got today in the Apex Legends: Defiance gameplay trailer.

First up is new Legend Mad Maggie, and it turns out there are a few surprises in her moveset that we (the community) didn’t expect. Maggie’s Tactical is Riot Drill, which can burn enemies through obstacles—but maybe not walls? Next, her Ultimate is Wrecking Ball, but the part of her giant BeyBlade metal ball we didn’t know is that, as it travels, it drops speed-boosting pads. The one part many of us were wrong on was Maggie’s Passive, which turns out to be Warlord’s Ire, letting her move faster when using a shotgun and temporarily highlighting enemies she’s damaged.

Next up is Control, a “new limited-time mode” that I do not for one second believe will only be available for a limited time given how much work Respawn is putting into it. This is clearly a test to see how players take to the mode, and if it’s in any way popular, it’ll absolutely come back more permanently in the future.

Anyhow, we knew before that this 9v9 mode would be comprised of three teams of three players on each side, but one of the questions I had was if there would be any limits to how many of a particular Legend you can have on each side. Well, I think we’ve gotten our answer here, as during one portion of the trailer we see two Pathfinders working together on the same team. So, I take that to mean that standard team limits will apply, but then you can have doubles (or triples) of a character once the teams are assembled together into the larger team.

It also seems there will be a ranking board in Control based on how well players are doing in the “ratings” (aka how much of an effect they’re having on the match). From the trailer, it looks like as you go up in the rankings, you’ll earn upgrades such as better weapon attachments. Oh, and we also get confirmation that players who die will automatically respawn after a set amount of time—which means another barrier to getting a Team Deathmatch mode has now fallen.

The other thing I wanted to point out is the details on skins we got in the trailer. For the three-year anniversary event, we’ll be getting new skins that are styled around the design of previous skins, such as new Wattson and Mirage alts based on Crypto’s Hype Beast skin. More exciting is that we get a look at the very first reactive skin to hit the game. Reactive weapons have long bee a thing in Apex Legends, but here we see Bloodhound sporting a new skin that evolves the more they get kills. How exactly this skin will be offered up is yet unknown.