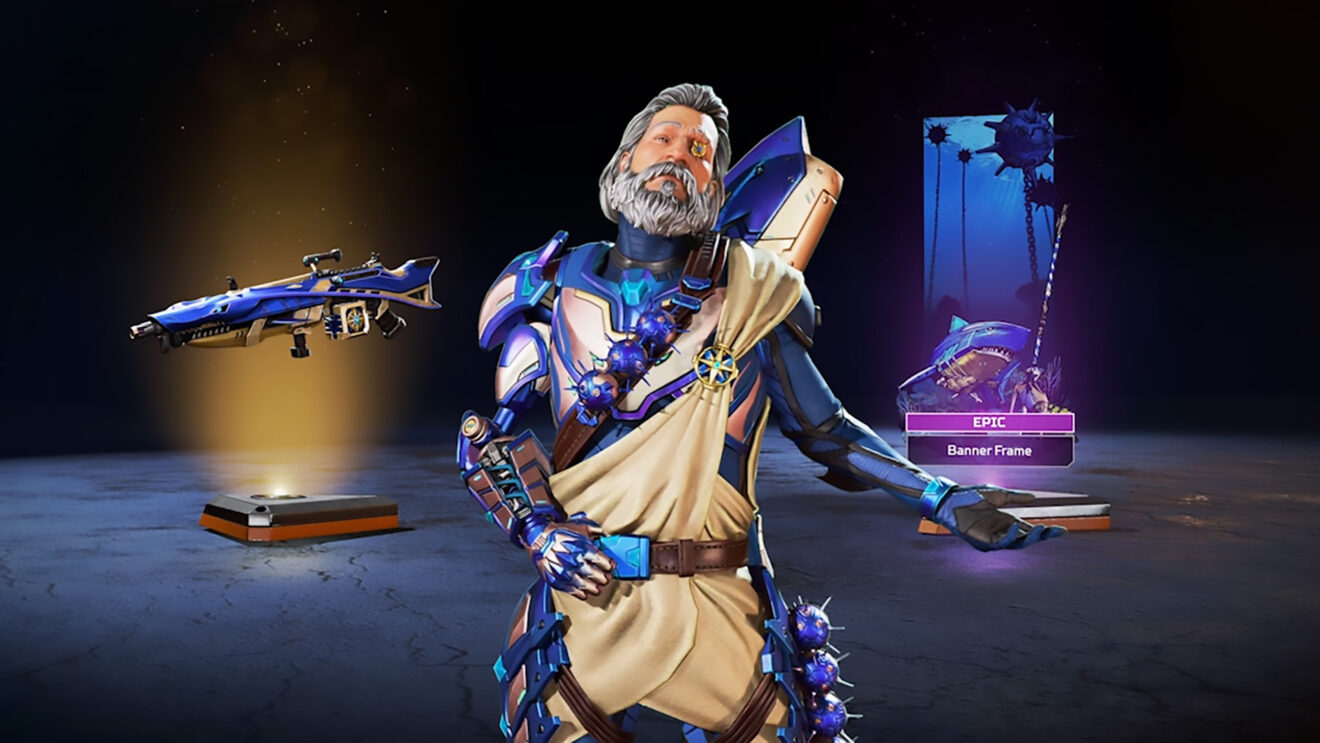 Apex Legends has released a trailer for its upcoming Dark Depths event, giving players their first look at a new arena map and some sea–themed cosmetics.

The new arena map is called Habitat. Taking place on one of the smaller islands in the New Antillia archipelago, Habitat 4 is a “Leviathan breeding ground,” according to past IMC researchers. As an Arena map in a more natural environment, one of Habitat’s key features is a waterfall that has gradually eroded the landscape with trenches and terraces. That splits the middle between two key points of interest in the Cave and the Nest. The Cave offers medium– and close–range combat, while the Nest’s rocky terrain offers a ton of vertical variety.

In addition to Habitat, Dark Depths also introduces new flash events with exclusive rewards, as well as a host of new cosmetics. Highlights include Fuse’s “Broseidon” skin and Ash’s “Denizen of the Deep,” which covers her in a crustacean carapace.