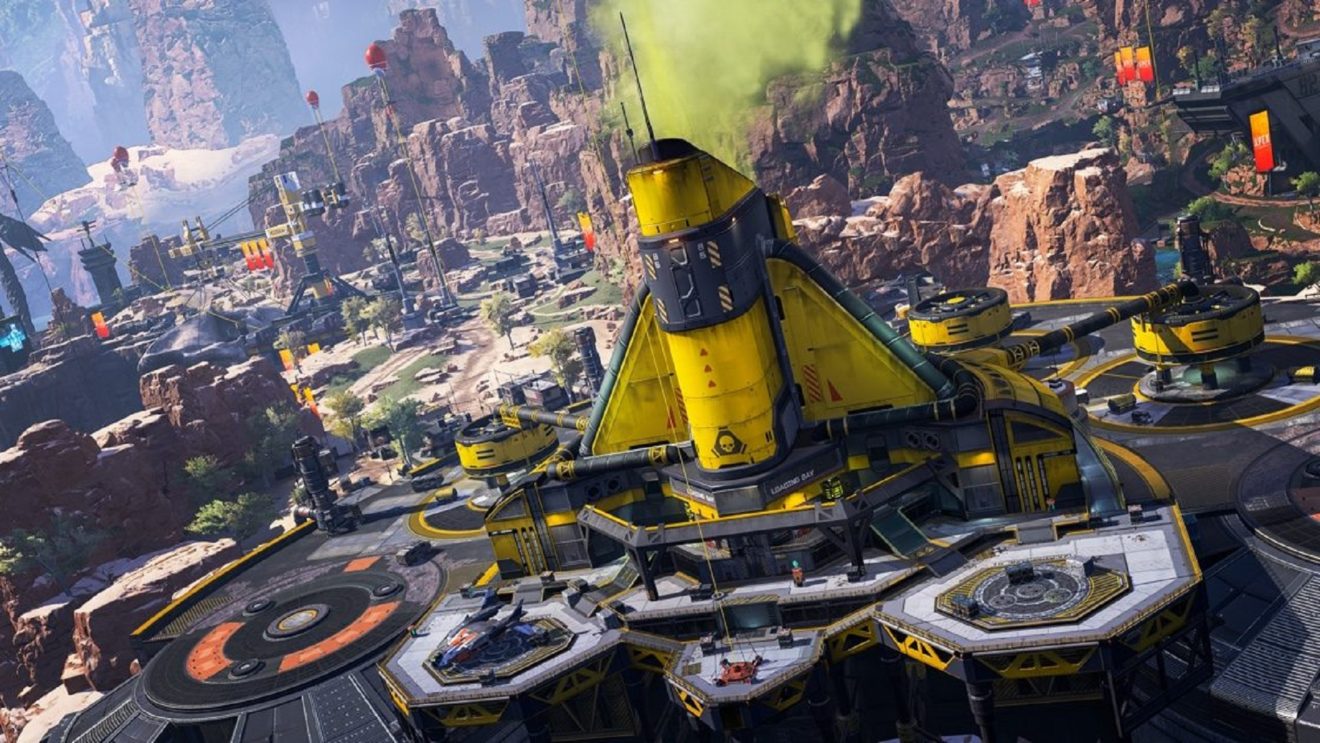 To start with, Kings Canyon’s Water Treatment area has undergone a drastic transformation and is now the Caustic Treatment. At the center of this new area is a room filled with toxic liquid that can be drained to reveal four gold loot items in cages. Don’t hang around down there though.

Also debuting with this event is the Ring Fury Escalation Takeover, which replaces the Play Apex option. Everything in this mode is completely normal except for Ring Flares that will appear randomly on the map inside the current ring. Players caught in these flares will take damage equal to the damage of the current ring.

To help players survive being caught in a flare, Respawn is introducing a new item called the Heat Shield. Players will spawn with one in their inventory and it can be thrown down to create a bubble that protects from ring damage. While inside the dome, healing is sped up by 50 percent and revives are 25 percent quicker, but only while outside the ring.

Other additions include a Survival Slot for Heat Shields and Respawn Beacons and a no-fill matchmaking option for players who want to drop solo.

As for rewards, during the event, players can work through a new Rewards Track to obtain new trackers, weapon charms, and skins for the Kraber and Eva-8. Additionally, there’s a new set of 24-themed cosmetics to collect through opening packs, Apex Coins, and crafting. Collect all 24 to unlock Bangalore’s Heirloom.

Apex Legends is available now on PlayStation 4, Xbox One, and PC, with a Nintendo Switch release set for March 9th.