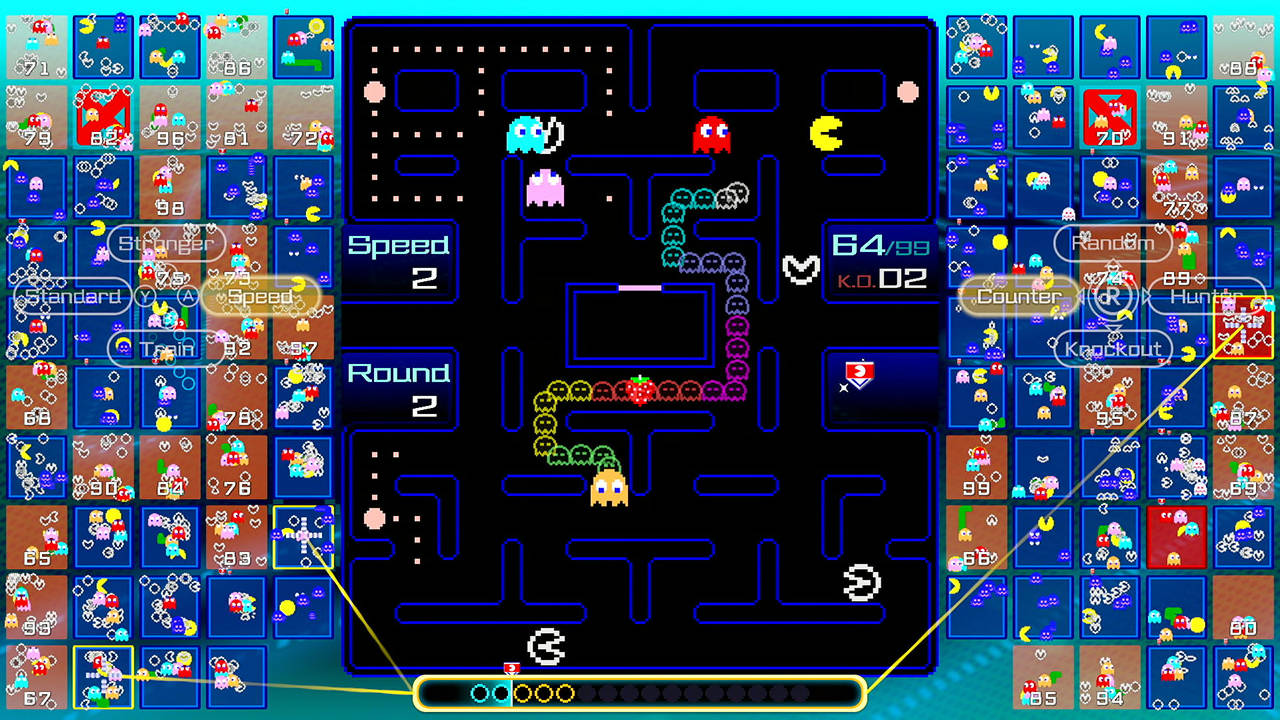 After the much-beloved Tetris 99 and the now-gone-from-this-earth Super Mario 35, Nintendo has teamed up with Bandai Namco to bring a third battle royale experience based on a classic gaming franchise to Nintendo Switch Online subscribers

Launching later today for free for those with an NSO subscription, Pac-Man 99 reimagines the classic quarter (and dot) muncher as a modern-era struggle for survival. Facing off against 98 other human opponents, you must not only survive the challenges of their own maze, but the additional threats other players will be sending their way. The better you do, and the more opponents you take out, the longer you last, until the last Pac standing is crowned champion.

As a huge fan of both Pac-Man and Tetris 99, I’m super excited for Pac-Man 99. While my Pac of choice these days remains Pac-Man Championship Edition, I love all of these various twists that Bandai Namco has been making to the original formula over the years. I kinda wish this was Ms. Pac-Man 99 instead, but I understand why it’s not.

And then there’s the mammoth-sized elephant in the room: Pac-Man Mega Tunnel Battle. In case you’re not familiar with or remember it—and I’m guessing you aren’t, or don’t—that’s the still Stadia-exclusive Pac-Man battle royale game. It feels weird to see a second Pac-Man game in the genre before the first even comes to other platforms, even if Pac-Man 99 will only ever be on Switch.

Oh, and now that Bandai Namco has joined in on the fun, dare I dream of a Galage 99?