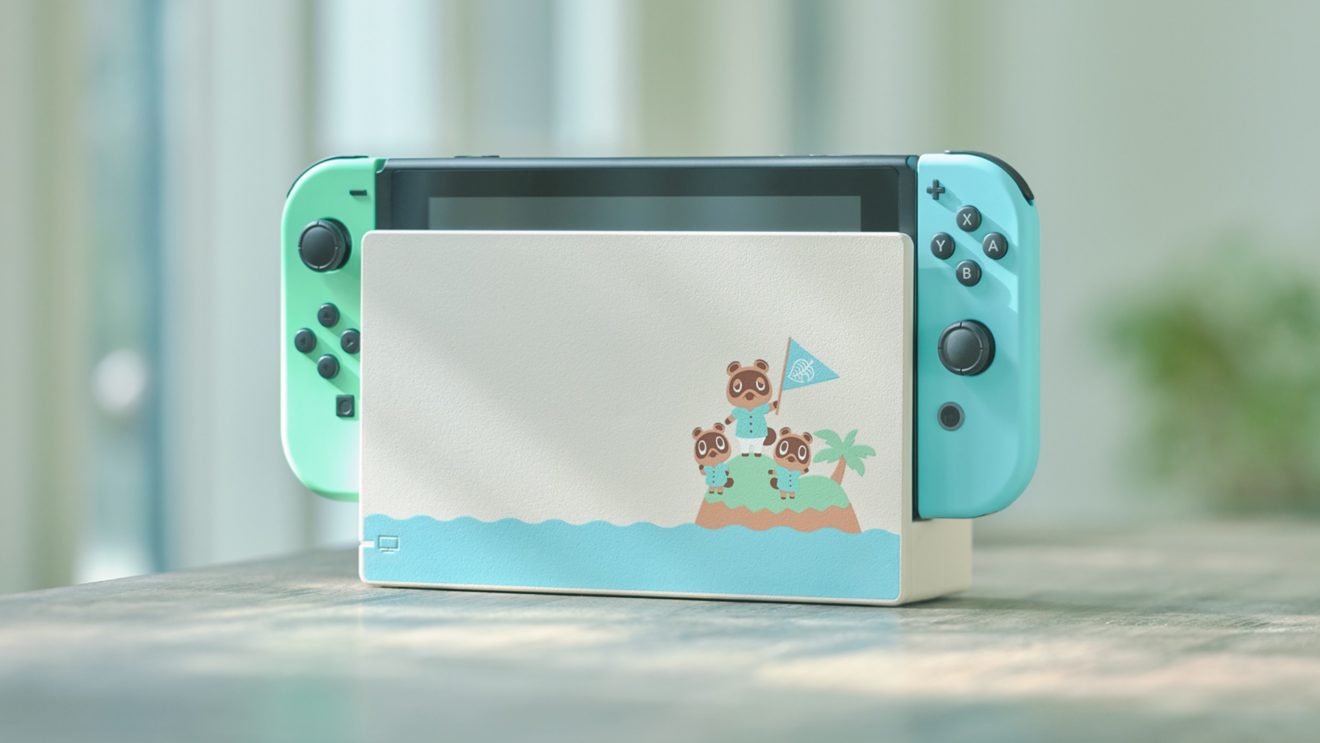 Nintendo has announced that an Animal Crossing: New Horizons-themed Nintendo Switch console will be made available in March.

This special edition Switch console will be available from March 13th in North America for $299.99 and features a white Nintendo Switch dock with an image of Tom Nook and Nooklings Timmy and Tommy on the front. The console also comes with pastel green and blue Joy-Con controllers that are white on the back.

Joining the console will be the Animal Crossing: New Horizons Aloha Edition Carrying Case and Screen Protector, which will be released on the same day for both the Nintendo Switch and Nintendo Switch Lite.

The actual game launches one week later on March 20th for Nintendo Switch.