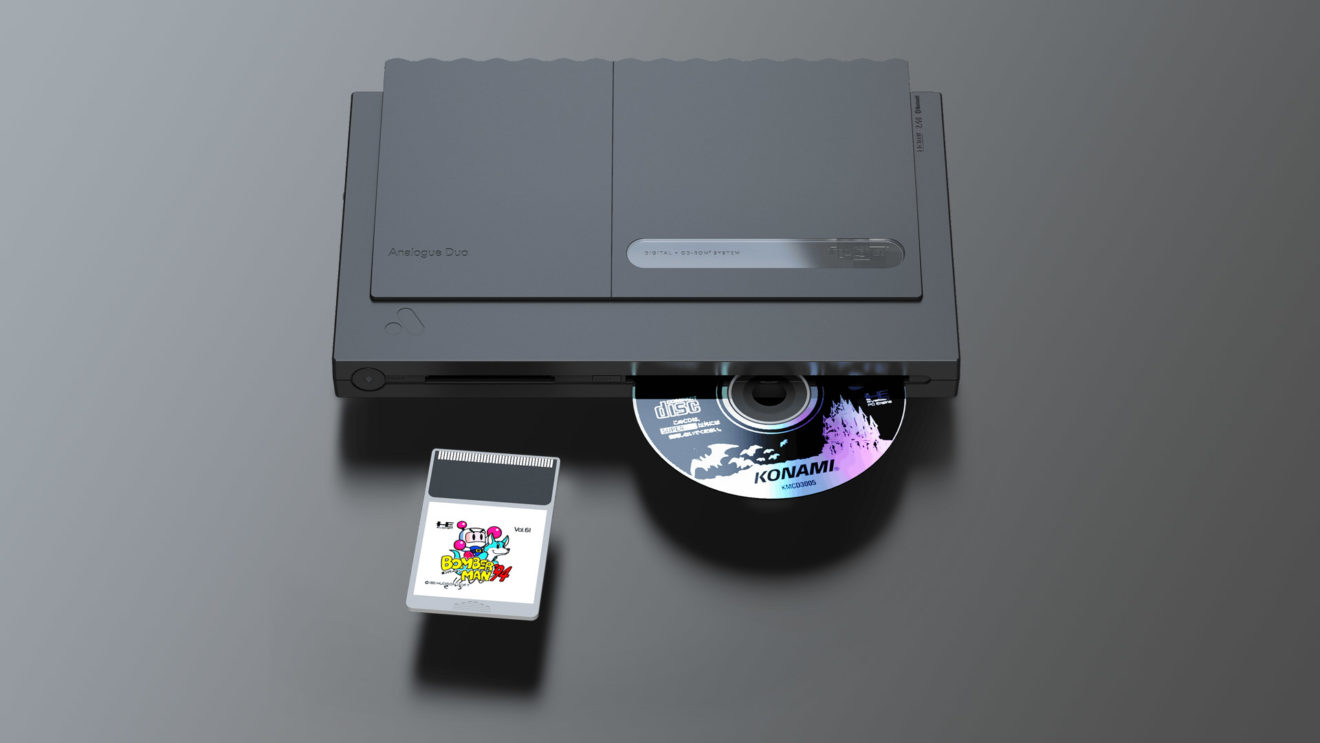 Specialty hardware creator Analogue today announced something many people (including myself) have been hoping for for a long time: a new FPGA console that promises to play all games released for the TurboGrafx-16.

First, for those not already aware, Analogue’s FPGA consoles are specially-designed hardware created with the purpose of emulating the hardware of the original console they’re based on. Why is this important? Because most after-market hardware relies on software emulation, which can cause problems ranging from slowdown, input lag, inaccuracies, lower-quality music and sound effects, and more.

Analogue’s options are instead based around using a field-programable gate array (FPGA), an integrated circuit that can be programmed to mimic the functions of other architectures. In laymen’s terms, an FPGA can be programmed so that it thinks it’s a specific console, which would then run games just like that original hardware did if it’s been set up properly.

While the Analogue Pocket seemed the company’s most ambitious project so far, I’m tempted to now give that title to the Duo. With the Super NES and Genesis out of the way, there was one 16-bit console left to consider: NEC’s TurboGrafx-16, known as the PC Engine in Japan.

The Turbo, however, was an interesting beast. Originally, the PC Engine was focused on playing games only from credit card-sized cartridges known as HuCards (or TurboChips in the West). The system then received a CD-ROM attachment, with the expanded storage space bringing new features like full-motion video, CD-quality soundtracks, voice acting, and more. When the console came to America, it retained that dual nature, although both the main system, and its CD attachment, had now grown considerably in size. A few years later, both flavors of the platform would be upgraded to “Duo” form, as the TurboDuo and PC Engine Duo offered a new form factor with the HuCard and CD-ROM functions combined together into one console.

It’s the Duo where I was mistaken in my expectations for Analogue’s efforts. Ever since I first started hoping they’d make a product based around the Turbografx-16, I figured it’d be the base system, perhaps something styled to resemble the iconic PC Engine design. From there, a USB port could be offered to attach an external CD drive, as that would be enough to emulated the console’s original CD attachment.

And yet, the company has gone all out with the Analogue Duo, creating something to fully replace NEC’s original Duo line of systems. The Duo will be able to play most games from the following platforms/formats: TurboGrafx-16, PC Engine, SuperGrafx (the successor to the PC Engine that bombed horribly and only ever received five—yes, five—games), TurboGrafx CD, PC Engine CD-ROM². and Super Arcade CD-ROM².

Beyond game support, the Duo will have both Bluetooth and 2.4g built in for supporting wireless controllers, which is a first for an Analogue system. (Previous consoles needed dongles to be plugged into the controller ports in order to support wireless pads.) The system will also have a USB port—another first—for using USB controllers. That’s definitely a nice option, as getting wired Turbo controllers at this point can be costly. I’m now left hoping the recent batch of USB TurboGrafx-16 Mini controllers will be supported.

Finally, the Duo will come in two region colors: Black to mimic the US TurboDuo, and white to represent the Japanese PC Engine Duo-R. As someone who has wanted a Duo-R for a good chunk of her life, the white Analogue Duo might finally satisfy that craving.

There was one other big announcement to come out of all of this: the reveal of a Turbo adapter for the Analogue Pocket. While this might seem like a strange option to some, the adapter is a callback to the TurboExpress, a crazy (and crazy expensive) handheld that NEC released back in 1990 which could play all TurboChip/HuCard games. Playing the same games both on a home console and a handheld? What a novel concept.

The Analogue Duo will be releasing in “limited quantities” in 2021 for $199—which, I have to say, is probably one of the best prices I’ve seen on one of the company’s releases, given everything it offers. The big question now will be how hard it is to pre-order one. Hopefully, it’ll be more like getting the Mega Sg when that went up, and less like getting the Pocket when that went up.