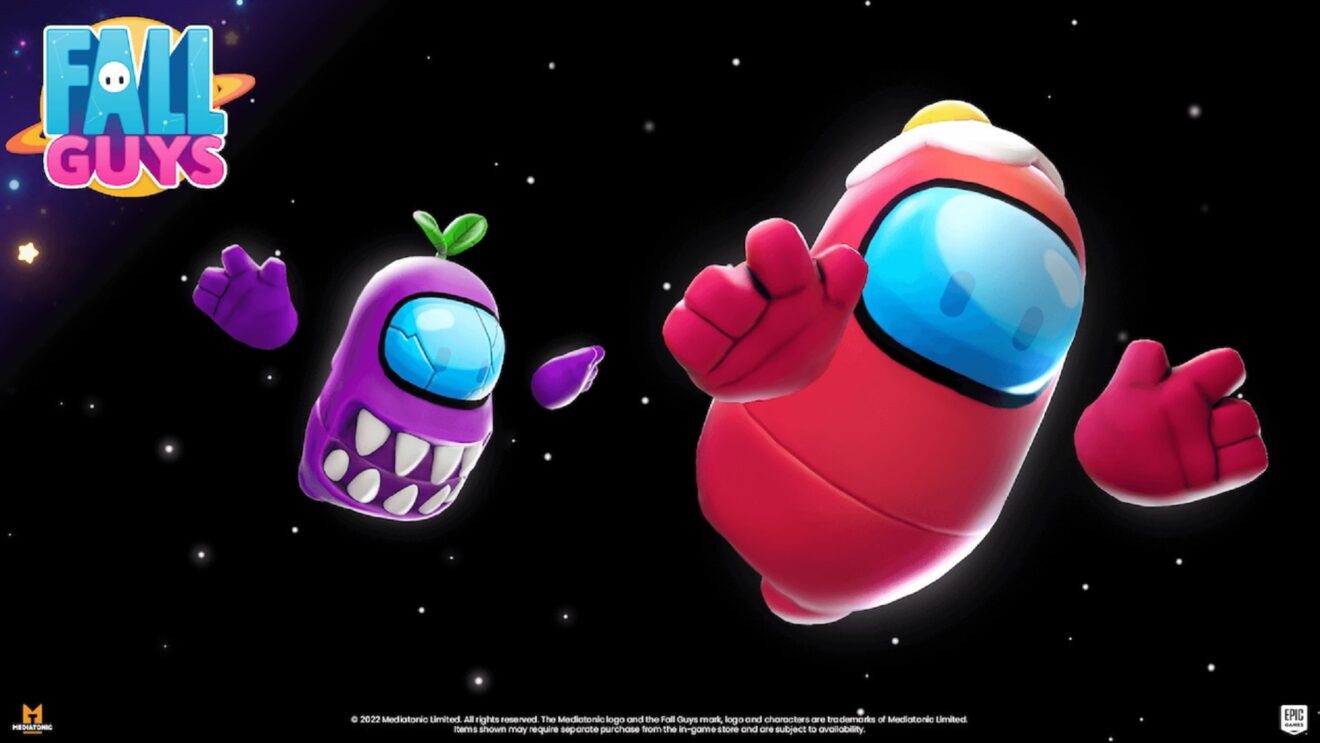 Mediatonic has brought Among Us back to Fall Guys for a limited time.

Players can currently head to the Fall Guys Store and grab the previously released Young Sprout and Eggcellent costumes. Both costumes have a chance to spawn players with an alternate “Impostor” version at the start of each game.

Alongside these costumes are the new Ejected Celebration, Shhhhhh! Emote, Emergency Meeting Nameplate, The Impostor…? Nameplate, and two nicknames.