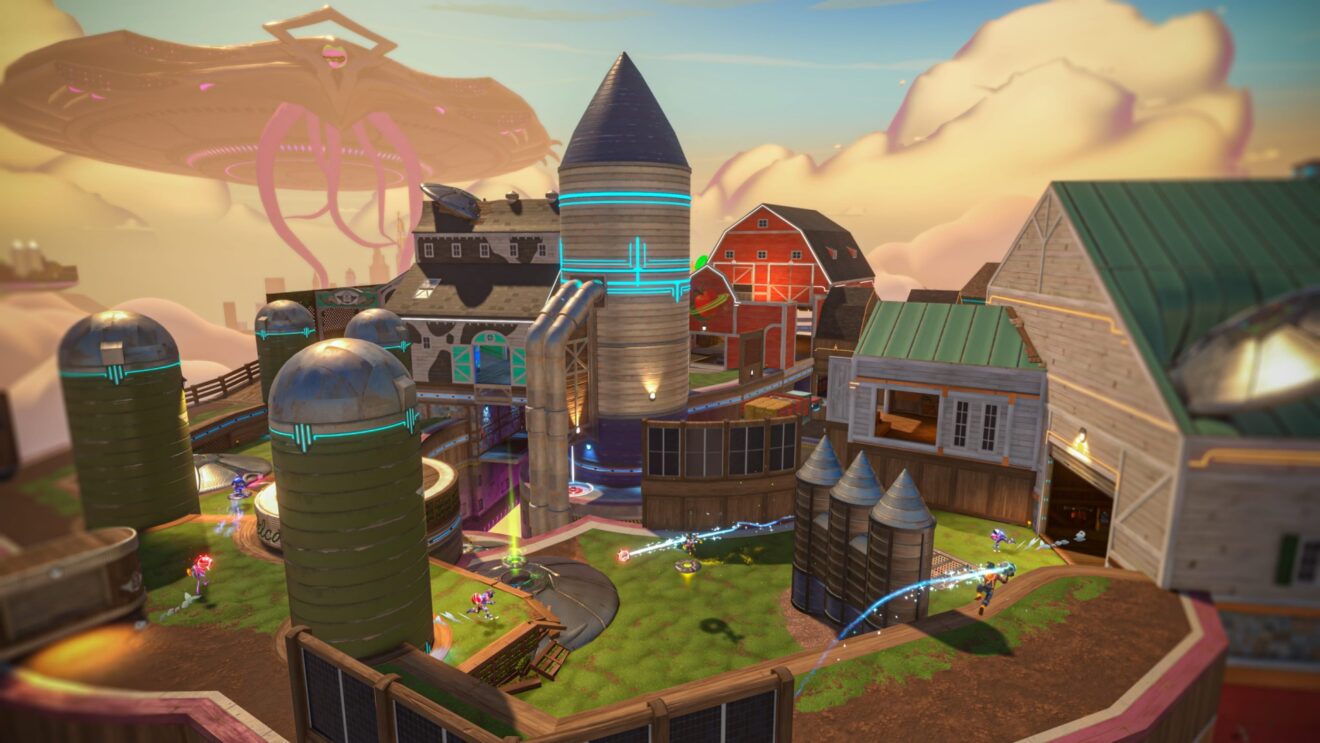 The big new addition for Season 4 is the Alien Smash Site map. An alien mothership has suddenly appeared above Overland Farms and crashed UFOs shot down by the KO City Defense Force litter the map. Alien Smash Site features small hovering saucers that players can jump on and ride around, or even use to abduct balls and other players in ballform.

Another new addition for Season 4 is the Pom-Passer Energy Drink. This new drink grants 15 XP for every HIT made by a teammate using a ball that you passed to them.