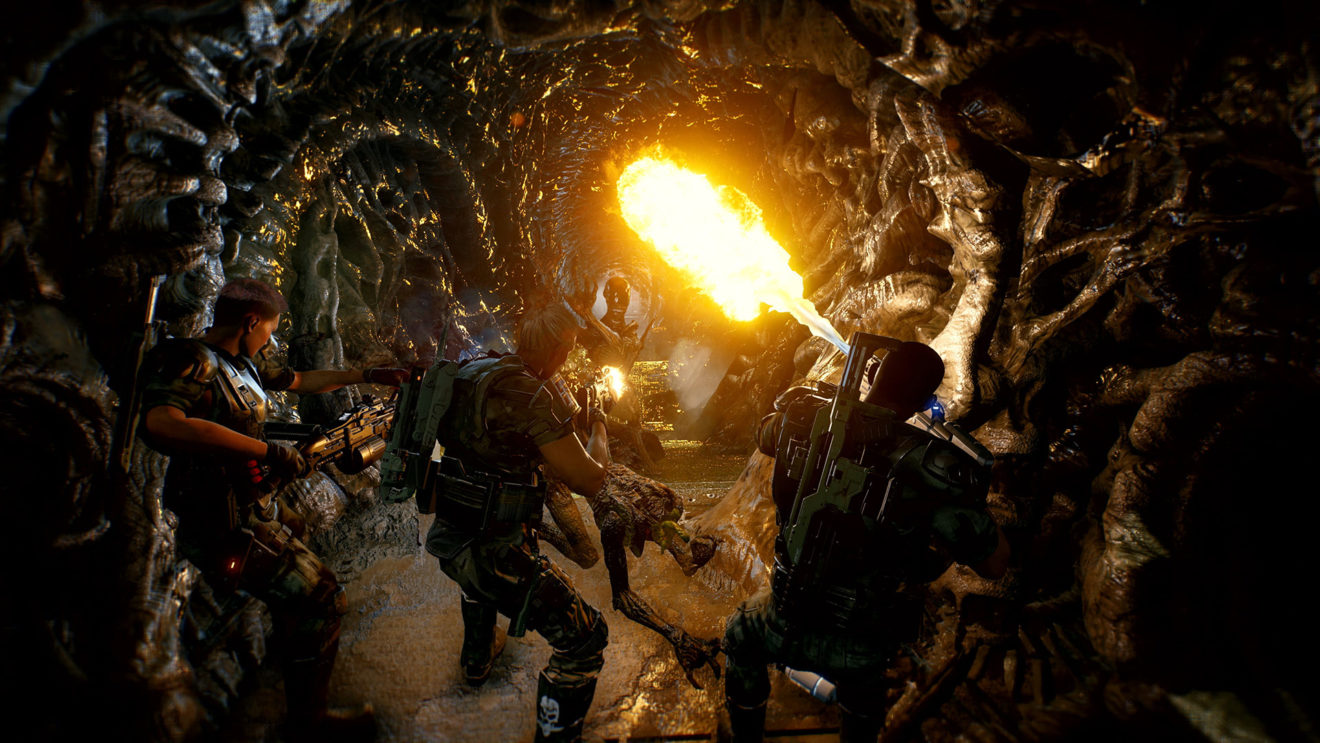 Aliens: Fireteam is a new co-op shooter coming to consoles and PC this summer

Cold Iron Studios has revealed the first trailer and details for Aliens: Fireteam, its upcoming third-person, cooperative shooter set in the Alien universe.

Set 23 years after the original Alien trilogy, Fireteam places four players in the role of Colonial Marines aboard the USS Endeavor. To survive, they’ll need to shoot their way through 20 different enemy types, including 11 different evolutions of Xenomorphs—you know, the long-headed aliens.

Marines will have access to five different classes—Gunner, Demolisher, Technician, Doc, and Recon—with their own character abilities and perks. With over 30 weapons and 70 weapon mods to choose from, you should have a decent amount of loadout customization, as well.

You can check out the trailer—which, to address the elephant in the room, looks lightyears ahead of Gearbox’s ill-fated Aliens: Colonial Marines—below.

Fireteam will be the debut game from Cold Iron. Originally founded in 2015, the developer had been working as part of Fox when Disney purchased much of that company’s assets in March 2019. Disney then decided to sell Cold Iron, with Z1 Battle Royale and Everquest publisher Daybreak stepping in to buy the studio last year.