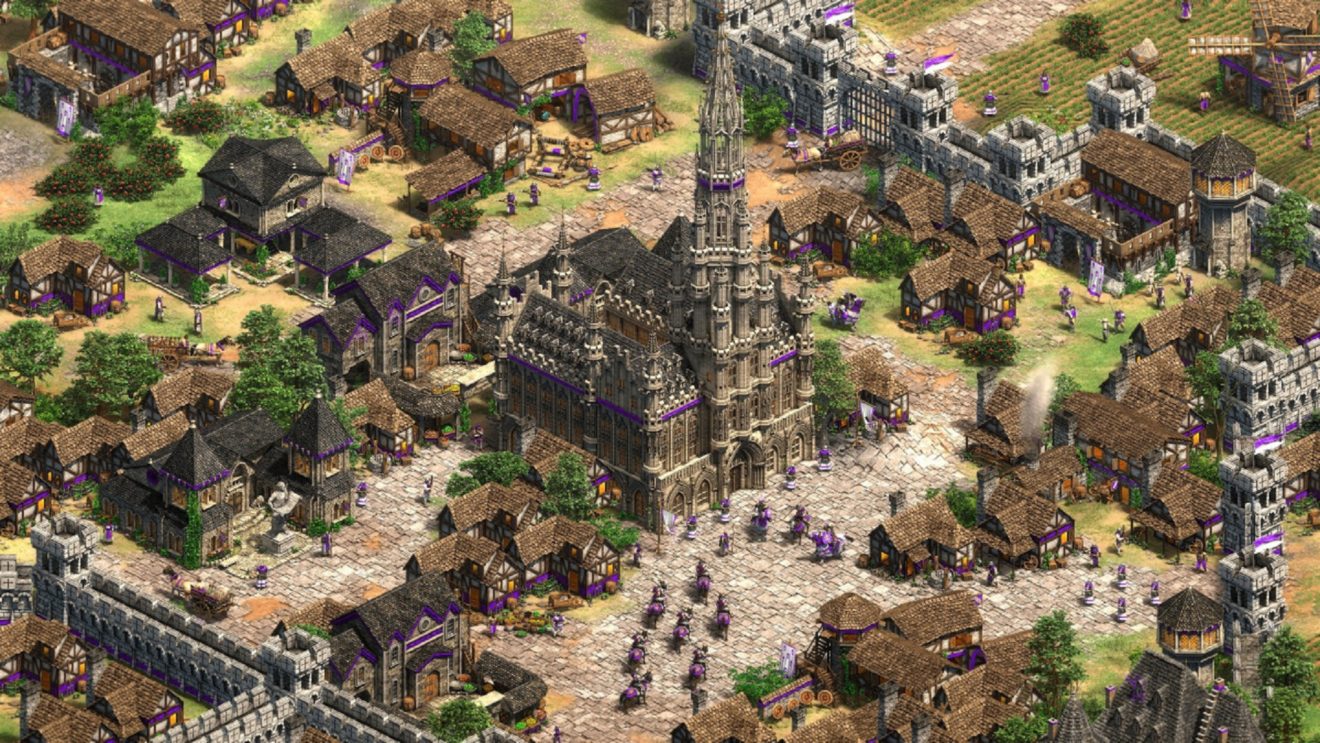 Age of Empires II: Definitive Edition players can now purchase the Lords of the West DLC on Windows 10 and Steam.

Players who choose to pick up the DLC for $9.99 ($8.99 for Game Pass subscribers) will get two new civilizations to play with: Burgundians and Sicilians. The Burgundians have access to the unique Coustillier cavalry unit that uses a powerful shock attack. While the Sicilians have an infantry unit called the Serjeant.

In addition to the above, players will gain access to three fully-voiced campaigns: Edward Longshanks, The Grand Dukes of the West, and The Hautevilles. Read a brief description of each, courtesy of developer World’s Edge, below:

Edward Longshanks – A bitter hostage of rebel barons, Edward Longshanks vows to reclaim his birthright and lead a shattered England to unprecedented heights of prestige and fortitude. A shrewd commander and cunning politician, his merciless methods are effective yet amoral. Follow him as his thirst for power and glory takes him throughout England, Wales, Scotland, and even on Crusade! In this campaign, you will play as the Britons.

The Grand Dukes of the West – For decades, the dukes of Burgundy have been embroiled in a bloody struggle over control of the mad French king using their cunning, military prowess, and immense wealth. However, as the blood that they spill is paid for with blood of their own, their focus turns increasingly northwards as they aim to create a kingdom of their own. In this campaign, you will play as the Burgundians.

The Hautevilles – Robert de Hauteville left Normandy in 1047 CE with a small robber band. Within a century, members of his family became dukes in Italy, princes in the Holy Land, and even kings of Sicily. Join these intrepid Norman adventurers as they fuse three cultures into Europe’s most tolerant and sophisticated kingdom. In this campaign, you will play as the Sicilians.

Lords of the West is available now on PC through the Microsoft Store and Steam.