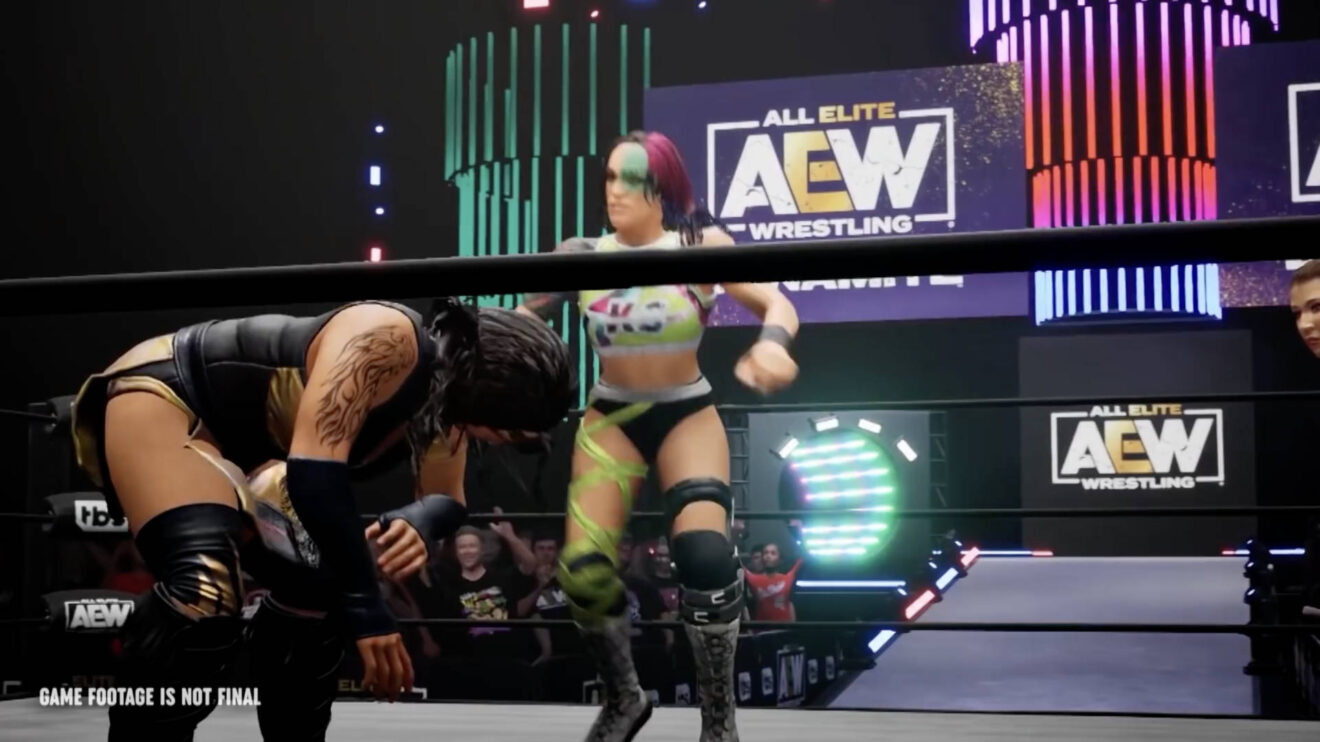 As fans of All Elite Wrestling eagerly await the first official full-fledged game based on the promotion, the company’s games division today gave us two new reveals for its roster—along with the game’s actual name.

AEW: Fight Forever is that name, and the two wrestlers we get to see in action are Nyla Rose and Kris Statlander. Well, I should clarify: that we get to briefly see in action. Kris’ video is the longer of the two, yet hers clocks in at a meager 40 seconds. It’s a bit frustrating to get such a short look at the game—especially because these teases fill me with more worry than excitement.

Now, I’ve been around games for long enough to know that they can look very rough while still in development, and AEW: Fight Forever is very much still in development. However, both the visuals and gameplay we see on display in these teasers has me a little nervous, as neither is looking to be at the point that I expected them to be at. That’s part of the problem of getting so little, though: The less you give us, the more we’re going to scrutinize what we’re given.

As someone who still thinks Aki’s Nintendo 64 wrestling games are some of the best offerings in the genre, I’m glad to know that they served as inspiration for the direction AEW wanted its first game to go with this project. Hopefully, though, we’ll get a solid gameplay foundation that then also has some of the more modern polish we’ve become used to. And, being honest, I still don’t fully trust Yuke’s, as it’s been years since the studio gave me a wrestling game I legitimately enjoyed. However, I know part of that was being encumbered by the rules that come along with making titles based around the WWE’s strict guidelines, so I’m willing to give them an honest chance. Still, at this point in my life, I’ve long learned never to get my hopes up too high for any wrestling game period.

AEW: Fight Forever is scheduled for release on Xbox Series X/S, PlayStation 5, Xbox One, and PlayStation 4.