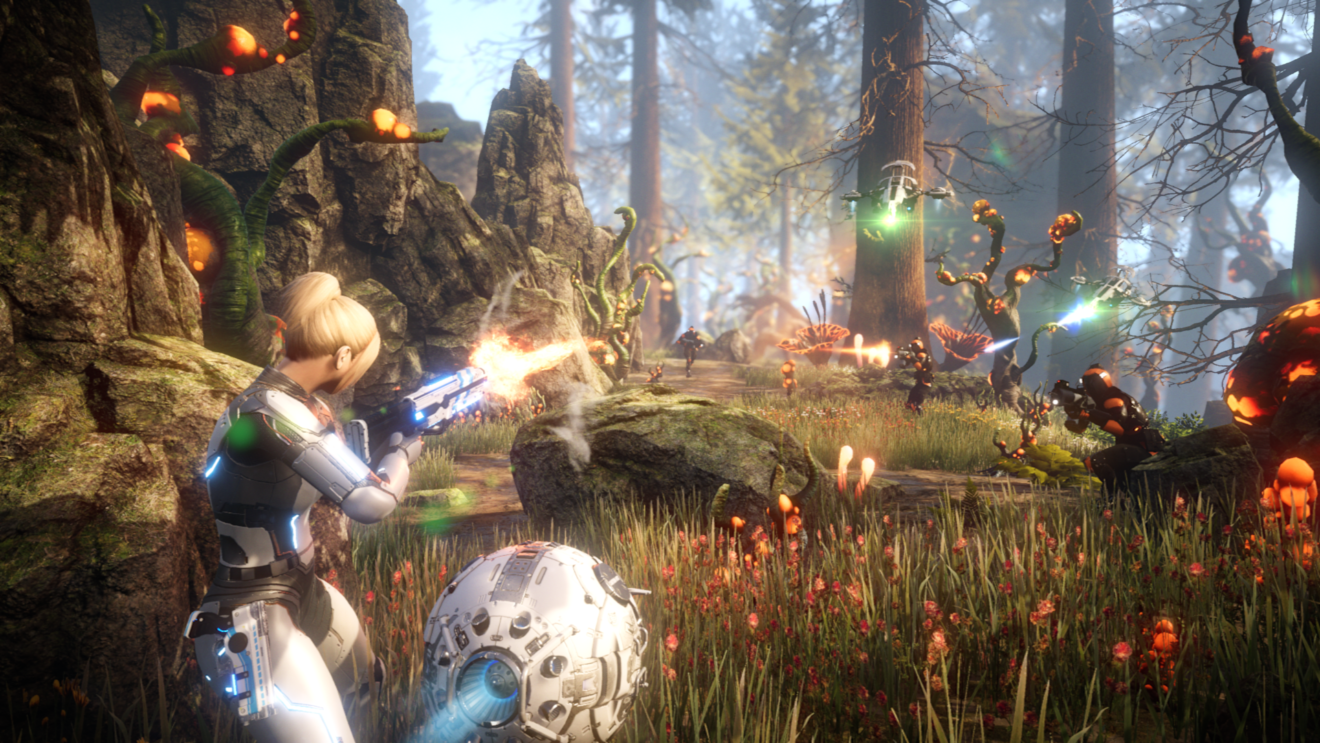 Everreach: Project Eden, the upcoming story-driven third-person action RPG from Elder Games, will be available on Xbox One and PC in September, with a PlayStation 4 release to follow later in the year.

The game puts players in control of Nora Harwood, a member of Everreach’s Security Division, who is sent on a mission to help with the colonization of Eden and investigate some mysterious incidents. Watch a new trailer for the game below:

“Explore this vast alien world and descend into the planet’s depths to discover the ancient secrets of a long-forgotten civilization,” publisher Hardup adds. “Packed with intense shooter action, and a compelling level and skill system, Everreach immerses you in its intriguing story and diversified gameplay.”

The publisher also revealed that Michelle Clough, former narrative QA and game writer for the Mass Effect Trilogy, has helped create the game’s story, which will take around eight hours to complete.

Everreach: Project Eden is in development for Xbox One, PlayStation 4, and PC.