Right from its very beginning, Ace Combat 7: Skies Unknown pissed me off.

I hadn’t played an Ace Combat game since the sixth numbered installment in 2007—so, needless to say, I was rusty going in. Usually that’s not a problem with most games, but Ace Combat 7 didn’t seem to care that I needed a refresher. There was no tutorial, no training missions, no practice mode—I was just thrown into the deep end and expected to figure it out for myself.

Even for someone who has played most of the games in this series, as well as other flight sims over the years, this presented an unnecessary barrier. I failed the opening missions about half-a-dozen times before everything started coming back to me, and it was longer before I remembered the nuances of dogfighting needed to play the game on anything but easy difficulty.

I begin my review with this because all I could think about was how a new player would be stupefied being thrust blindly into Ace Combat 7’s not-so-friendly skies, and that was the beginning to the mixed bag that is the game. Excellent controls and stunning visuals are offset by vague objectives and a story you’ll wish you could ignore completely.

Continuing the saga of the series’ mythical countries of Osean and Erusea, war has broken out once again, and as a disgraced pilot, you’re released from prison to fight for the cause. Which side are you on? It doesn’t matter; the story is so densely nonsensical you’ll swear someone stole the idea from Hideo Kojima’s diary of unfinished thoughts. It wouldn’t be so bad if there were only a little story breaking up the missions, but the game drones on and on to the point of madness. It really wants you to care about this pilot and this conflict, but few will.

Stay awake through these mind-numbing interludes, and you’ll find yourself engaged in exciting missions that include bombing opposing bases, taking out mobile artillery and radar, and, of course, dogfighting against enemy aircraft. The game features good mission variety (though I could have used fewer of the escort type), and it keeps the game fresh through the 15- to 18-hour campaign.

It helps that the controls feel spot-on and become second nature with enough practice. I cannot count the number of times I went into a dive to engage a target or elude a missile, only to pull out a dozen feet from the ground, avoiding a crash and living on to fight some more. It’s easy to feel like you are improving as a pilot the more you play. Early in the game, you may feel like you’re flailing about trying to get the enemy in your sights, but after a while you will find yourself expertly tracking your opponent as they try to slip from your grasp.

The game does reward both fast reflexes and patience. You don’t want to randomly fire off your limited number of missiles, or you won’t have enough left for all the targets. But quickly squeezing off a pair of sidewinders as soon as you get a solid tone, while twisting away and avoiding the bogie on your six, is supremely satisfying. The Aircraft Tree runs deep, allowing you to unlock new planes and weapons that change up how missions play. Once you have unlocked a nice variety, you’ll find yourself strategically thinking about which plane to use for which mission, trying to best your previous top scores.

Figuring out the objectives for each of those missions will, however, take some time. At the mission briefing, you’ll get a broad objective which will also flash on the screen as you start the level. Once you accomplish your initial goal, you’ll likely hear a shouted command over the radio that the enemy is doing something else and you need to respond. It’s possible to complete your initial objective in a small fraction of the mission time, leaving you to fly about engaging every enemy vehicle, on land and in the air, looking for the one(s) that will end your mission. Time moves slowly, and if you don’t figure out exactly what the game wants, you’ll get to start over.

The graphics, another of the game’s bright spots, never fail to impress. Aircraft models shine, looking fantastic both on the ground and in motion (they are nearly always in motion). The varied environments, whether mountain ranges or cities or coastal battles, look so good they may distract you. (A couple of times, I crashed because my gaze lingered too long on something particularly pretty, a sure sign that I would have made a terrible pilot.) Weather also plays a part in both the look and feel of the game. Rain can pelt your windscreen, blowing sand at times obscures your vision, and wind will directly affect your stability while flying, posing a challenge when trying to line up a precise shot. It all adds to the realism of the game and the overall fun factor.

Unknown Skies does offer basic multiplayer, though the skies were filled with players more practiced or skilled than I am. Whether playing as part of a squad or in a free-for-all, it’s strictly a point-based affair without any variety of objectives.

Series fans and flight enthusiasts will find a lot to like about Ace Combat 7: Skies Unknown. Newbies and those looking for a more casual experience, however, will likely find themselves frustrated by the lack of instruction and direction. Under the overwrought story and obtuse mission goals, there is a good game with fun to be had—you just have to decide if you want to dig that deep. 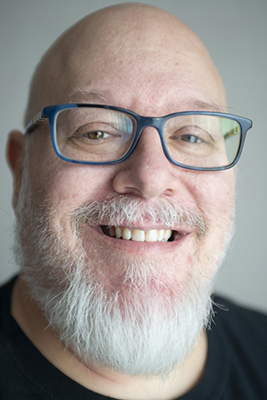