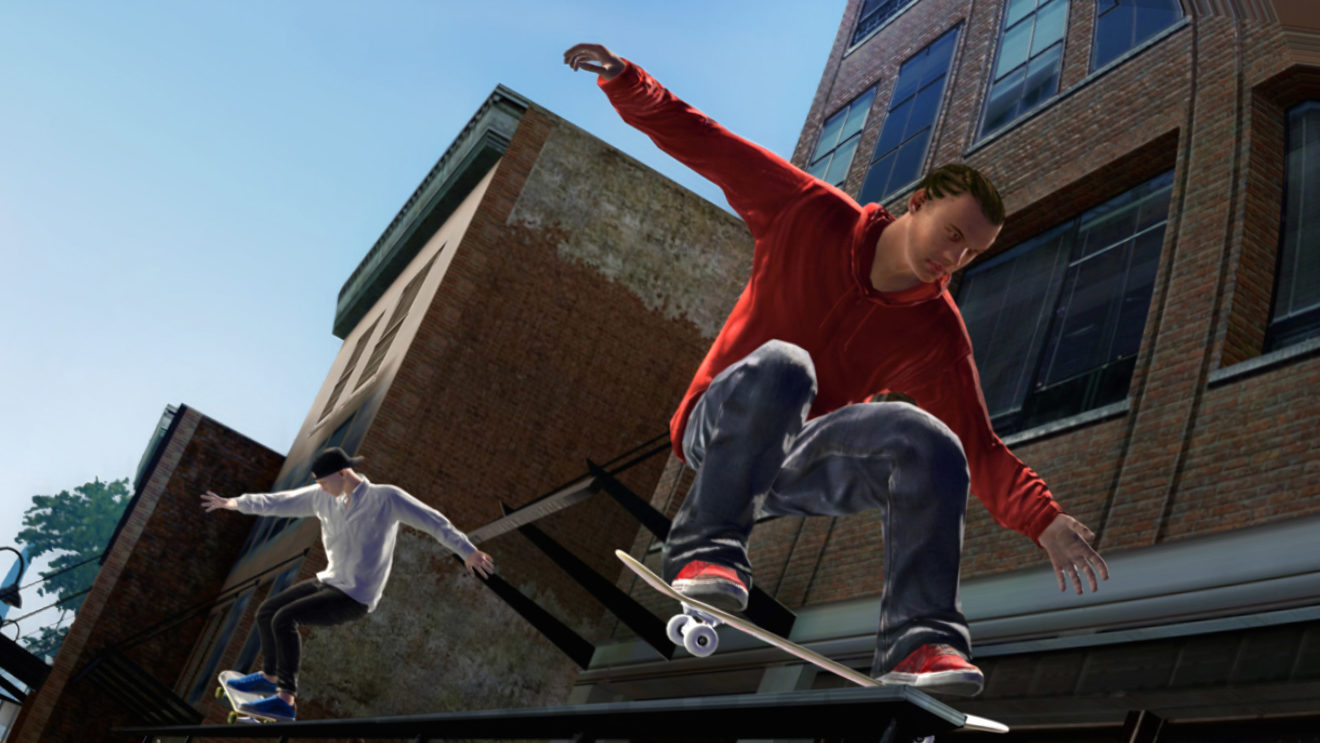 During this year’s EA Play Live event, it was finally announced—the return of Skate. The reveal of a new game in the beloved skateboarding series had been a long time coming. Ten years, in fact, since the launch of Skate 3 in 2010.

The Skate is dead. Long live the Skate.

December 2010: In the video game industry, genres come and go. Street Fighter 2 and Mortal Kombat 2 helped usher in the birth of the fighting game, whose immense popularity burned bright for years. And then, one day, fighters were old and boring, and gamers had moved on to something else.

The same has happened for music/rhythm games, puzzle games, side-scrolling platformers, games based around mascots, and of course, skateboarding games. After the genre ruled the rails with titles like Tony Hawk’s Pro Skater and Skate, waining interest and an over-abundance of offerings caused their shine to fade.

Skate 3 launched in May of 2010, but its sales paled in comparison to the previous two games. By December of that same year, it seems like it might be the franchise’s final chapter.

“When it comes to action sports, I think that’s going to be an an ongoing exciting genre,” EA CEO John Riccitiello said during an interview as the year came to a close. “But, at least for the level of excitement out there, skateboarding seems to have run its course as the representative example in that broader genre.”

EA prints new copies of Skate 3—because of PewDiePie

August 2014: While EA might have wanted to forget that the Skate series ever existed by 2014, YouTubers had other plans. Skate 3 had a newfound popularity among gamers recording Let’s Plays, especially one man in particular who is watched by millions: PewDiePie.

So many people were watching streams of Skate 3 that demand for copies shot up—to the point that the game even showed up on sales charts, reaching heights such as the UK’s list of the top 40 games sales-wise for the entire year.

The problem was, Skate 3 was out of print by that point, so finding a copy of the game was often either difficult or costly. Demand was so high that retailers began asking EA to do a reprint for the game, and that’s exactly what they did. (In fact, Skate 3 would even get a later physical release that dual-branded the game for both Xbox 360 and Xbox One.)

Are we still friends, EA?

December 2015: Plenty of people had been asking EA for a new Skate game for years, and that even included high-profile names like Tyler, The Creator. But did pleas from famous faces help in any way to bring the series back?

“They don’t hurt, is what I would say,” said Skate 4 creative director Cuz Parry and game director Deran Chung in a recent interview. “There might be a folder somewhere with these types of things saved.”

November 2016: Skate 3 was finally made backward-compatible on the Xbox One, right at the one-year anniversary of Microsoft launching the program for playing older Xbox and Xbox 360 games on its current console.

January 2017: A community engagement executive at EA, Daniel Lingen, used his personal account to tweet one simple hashtag: #skate4. Why? Well, nobody’s really sure. The tweet definitely got a lot of hopes up, but it wouldn’t be for another three years that we’d get actual news.

February 2017: On the heels of Lingen’s tweet, EA CEO Andrew Wilson set out to dash the hopes of anyone thinking there might now be a Skate 4 coming anytime soon.

“Much to the dismay of the many people who email me on a fairly regular basis, we are not presently making Skate 4,” Wilson said. “And so, that will not be in [our] Fiscal Year 18.”

“Despite my disappointment, that’s one of my favorite titles,” added EA CFO Blake Jorgensen in response to Wilson’s comments.

June 2018: Seemingly out of the blue, Skate 3‘s community servers went back online, after having been shut down back in 2016. This meant that players could one again access things like downloadable player-created skate parks, community videos and photos, teams, and more.

The timing of the resurrection of Skate 3‘s community servers was definitely interesting, as it was one week before EA’s E3 event, EA Play. And, at the event—we got nothing. Absolutely nothing.

That may be because, in a recent interview, it was revealed that the community servers were turned on again by total accident.

And then there was Skate

June 2019: While its younger sibling joined the service all the way back in 2016, it wouldn’t be until June 2019 when the original Skate would be made backward-compatible on the Xbox One. The game came as the final wave of additions that would be made to the service before the Xbox team would put their full focus on the company’s next-generation console, the Xbox Series X. Notably absent from the list is Skate 2, which remains unplayable on the Xbox One to this day.

May 2020: An interesting twist to the story of Skate would come earlier this year when, during an episode of skateboarding podcast The Nine Club, skater Jason Dill talked about having been contacted by EA about being attached to a new game in the series.

“I got a call from the EA people about 10 months ago, and they said ‘Hey, we want to talk about the Skate games,'” Dill recounts. “So this woman [from EA] emailed me and said ‘Hey Jason, we want to do a mobile version of Skate 3.’ And I wrote back and said, ‘What else?’ She wrote back and said ‘No, that’s it.’ So I write back and said ‘Look, no big deal, no one wants your stupid mobile version of Skate 3. Make Skate f**king 4 already. Cause, like, just do it. Make the game, and just participate again. You can’t level it to the same numbers you get on other games. You do it for a cultural thing that pays you back later.”

The woman wrote Dill back and told him that wouldn’t be happening, so he wrote her back saying, “Well, have a lot of luck on Need for Speed 29.”

June 18, 2020: By the time EA Play Live rolled around this year, a lot of people had long given up on there ever being a Skate 4. And yet, it was that very event that would finally give us what we’d been hoping for for 10 years.

Cuz Parry and Deran Chung—both of whom had worked on previous Skate games—couldn’t contain their excitement in announcing a new entry in the franchise. Now, they never directly said “Skate 4,” which means the new game could potentially be a reboot of the series just called “Skate” or some other name that would help mark a fresh starting point for both old and new players alike.

Whatever we’ll be getting, Skate fans still need to have a little more patience. Chung said the game was “really early,” while Parry clarified that the team still has “a long way to go” in developing the title. Even so, a new Skate game is finally, definitely coming, and it’s all because fans never gave up hope.