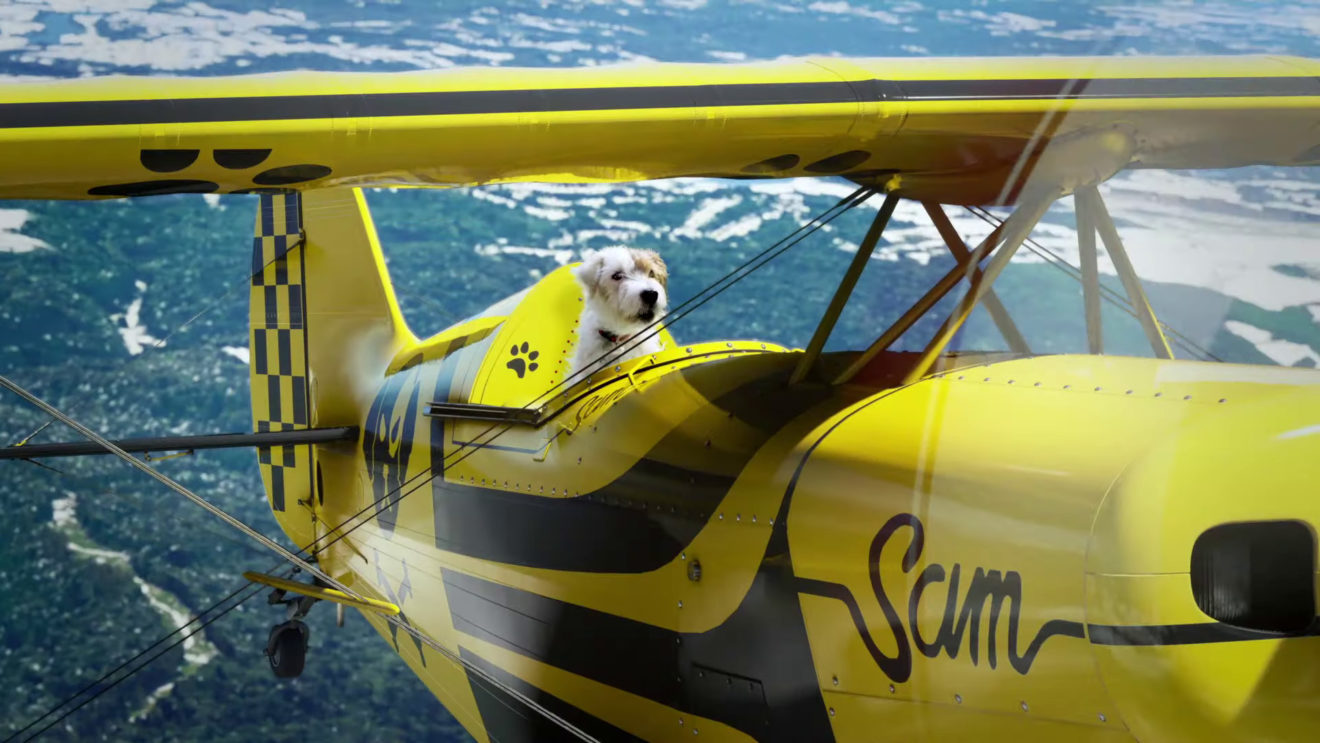 Microsoft has released a new holiday ad, and as you might expect, it’s about a dog flying a plane and blowing up Master Chief.

The 90-second spot kicks off with a dog, Rufus, wandering around the house seeking attention, only to discover that the family is all occupied (using Microsoft hardware and software, natch). He stares out the window longingly at neighbor dog Sam—presumably a friend he can’t see due to the ongoing COVID-19 pandemic—and then falls asleep.

In his doggie dream, set to “Alright” by Supergrass, things go a lot better for Rufus. He hangs out with his dog bud in various Microsoft products, like Microsoft Teams, Minecraft, and what appears to be Halo Infinite (though that won’t actually be out this holiday). And yes, Rufus even frags Master Chief, though it’s framed as a hilarious accident rather than cold-blooded murder.

It’s a totally bizarre, albeit charming, ad, at least on the surface. The aim is clearly to emphasize that Microsoft’s technologies and platforms can bring us together at a time when we have to be physically apart.

Dig a little deeper, though, and things start to get kind of dark. The entire family is just ignoring each other in their own little worlds—and neglecting their dog. Surely they should unplug at least a little bit to spend time together over the holidays. And why is Mom being forced to be in a meeting so late at night? Has the new work-from-home environment eroded all reasonable boundaries between her work life and home life? Clearly someone needs to work to fuel Dad and the kids’ gaming addiction, but the whole arrangement hardly seems healthy.

On a more serious note, one thing that’s notable about this ad is how much emphasis it places on gaming as a core part of present-day Microsoft. While there are nods to Microsoft Teams, Windows, and hardware like the Surface, they’re not the focus. Halo, Minecraft, and Microsoft Flight Simulator really take pride of place here, and a lot of messaging seems to drive home that Microsoft offers gaming on multiple platforms.

Perhaps most curious, given the gaming focus, is the absence of the Xbox Series X. The son is playing on a Series S. In a recent interview, Xbox head Phil Spencer said the company actually built more Series X consoles than it did Series S—though it may alter its strategy in the future.

Going off this ad, the Microsoft of 2020 sees itself as a company that considers games on multiple platforms central to its identity. That’s a good sign for Xbox fans, one that signifies a shift in thinking from seven years ago, when Microsoft considered abandoning its gaming brand entirely.