Space and Place(lessness) in NieR: Automata

Unlike in most games, PlatinumGames uses the absence of place to tell its story in NieR: Automata.

Play through NieR: Automata and you’ll pick up on something strange: the game world is empty. I don’t mean there’s nothing in it, though. There are plenty of rocks and trees. Buildings can be found almost anywhere. When I say the game world in NieR: Automata is empty, what I actually mean is that it feels empty. The game world has an undefinable quality which gives you the impression that it somehow exists apart from any sort of even fictional reality. There’s a certain sameness to everything. You might say that it lacks a sense of place.

There’s a long story behind the concept of place. I even wrote about it for EGM in reference to Sekiro: Shadows Die Twice. You can look through that article for more details, but the idea is basically that “space” and “place” are totally different terms. In contrast to spaces which are nothing more than hollow voids, places are products of human habitation which are loaded with cultural meaning. Spaces can exist on their own. Places are made by people.

The process by which places are made is, unsurprisingly, called “placemaking.” Pointing out that “space is a social product,” the sociologist named Henri Lefebvre famously argued that placemaking involves a transfer of ideas, norms, and values into the world around us. This means that places provide a sort of window into the mind of the people who produced them. His use of language was rather convoluted, but Lefebvre meant exactly this when he said “the space of an order is hidden in the order of space.”

I wrote in my article about Sekiro: Shadows Die Twice that such ideas, norms, and values are given expression through a series of spatial polarities. When it comes to game worlds, the most common of these to be captured by developers are high/low, clean/dirty, and public/private. You’ll come across these in almost every game which you’ll ever play. The developer behind NieR: Automata, PlatinumGames, decided to challenge this framework, though. Taking a totally different tack, PlatinumGames purposefully cultivated a sense of placelessness by subverting these common polarities. The result was an empty game world.

The problem is that NieR: Automata isn’t supposed to have any people. They apparently disappeared several centuries before the story is set. Making the distinction between humans and non-humans more or less meaningless, the only inhabitants of the game world are androids and robots. You’ll find them living in similar conditions.

Since you’ll find it near some skyscrapers, you’d probably expect the Resistance Camp to have a panoramic view of the surrounding area, but it’s actually situated at ground level. While the walkway below the bridge has been turned into a kind of watch tower, most of the equipment which the androids have set up is in a small courtyard. You’ll come across tons of tables and chairs under canvas tarps, but there are plenty of tents and even a couple of trucks, too. This is where the androids apparently spend most of their time. The leader of their movement, Anemone, is almost always in the area. She stands with her two feet planted firmly on the ground.

Similar to the Resistance Camp, some parts of the Machine Village are elevated, but you’ll come across most of the robots near ground level. You’ll find their leader on a low platform. He calls himself Pascal. While it isn’t completely planar, this treehouse isn’t exactly towering, either. In any case, the Machine Village seems pretty puny in comparison to the skyscrapers near the Resistance Camp. There’s nothing particularly imposing about it. Since it barely rises above the rest of the game world, you’d never even notice that it’s actually a treehouse without stopping for a moment to survey your surroundings. It’s quite low key.

Walk around the Resistance Camp for long enough and you’ll notice that it’s pretty much impeccable. You’ll come across a few signs of disorder here and there, but things are basically perfect on the whole. There’s practically no clutter. The tables and chairs are nicely tucked away. The tents and trucks have been put in their proper places, too. You’re never told anything to this effect, but Anemone seems like she runs a rather tight ship. There’s no grit or grime in this part of the game world, so you can only assume that she trained her people to keep it spick and span. They definitely seem to have learned their lesson.

You have to lower your expectations a bit because it’s basically just a bunch of wooden shacks, but the Machine Village is definitely what you’d call clean. Supposing that you can overlook the poor craftsmanship, this part of the game world is every bit as spick and span as the Resistance Camp. There’s no dust, dirt, or debris. There’s hardly any grit or grime, either. Since the robots don’t have any material wants or needs, they presumably don’t produce a lot of garbage, so it makes perfect sense for the Machine Village to be almost impeccable. The robots apparently have only a handful of personal items for exactly the same reason. In other words, you’ll come across next to no clutter.

Since the Resistance Camp is really just a collection of tents and trucks, there’s basically no distinction between public and private. Poke around this part of the game world and you’ll soon realize that you can see inside every single structure. You’ll be able to walk into almost all of them, too. There’s nothing about the Resistance Camp which makes it seem particularly secret, exclusive, or closed to outsiders. You’d never guess that it’s actually supposed to be a military base without prying this piece of information from Anemone. The first task that she’ll give you is even to get in touch with Pascal in the Machine Village. They keep in close contact, so you can only assume the Resistance Camp is every bit as open to the outside world as it seems.

There’s apparently no suspicion of outsiders in the Machine Village. The robots are easygoing about who they let into the settlement. Pascal even encourages you to be nosy. Similar to the Resistance Camp, you can see inside every structure, so there’s no sense of secrecy or exclusivity. You can walk right into most of them, too. This means there’s next to no distinction between public and private. You can poke around the Machine Village to your heart’s content without any concern of becoming a bother to its inhabitants. The robots are always happy to see you. They say so themselves.

PlatinumGames endowed NieR: Automata with a strong sense of placelessness by subverting spatial polarities like high/low, clean/dirty, and public/private, but is there absolutely nothing in the game world which could be called a place? The answer is that NieR: Automata has a few of what could be called “protoplaces.” These are spaces which are apparently still in the process of becoming places.

You’ll come across three protoplaces in NieR: Automata. These can be found in the Abandoned Factory, Amusement Park, and Forest Zone. Take a moment to explore them and you’ll find a few spatial polarities. You can definitely see a distinction between high/low, clean/dirty, and public/private, but you can also see a distinction between inside/outside and light/dark. These parts of the game world are destroyed by the androids known as 2B and 9S before they can be turned into fully fledged places by the robots which inhabit them, though. Since the robots in NieR: Automata are supposed to be developing a sort of human consciousness, they would presumably have turned the Abandoned Factory, Amusement Park, and Forest Zone into places at some point. The result is an even stronger sense of placelessness.

When I played through NieR: Automata for the first time, I was initially struck by what seemed like a lack of artistry on the part of PlatinumGames. I appreciate a sense of place more than just about anything else in a game world, so the absence of placemaking was almost incomprehensible to me. I couldn’t understand how it was possible that PlatinumGames managed to bungle this aspect of NieR: Automata so badly. It seemed like a rather odd omission. I soon realized that it was done on purpose, though.
Playing through NieR: Automata, I came to actually prefer this profound sense of placelessness to the relatively more intuitive alternative. I wound up appreciating it more than I ever would have expected. Since there are plenty of game worlds with a strong sense of place, this made NieR: Automata seem like a breath of fresh air to me. The reason is quite simply that it let me experience what it would be like to live in a world without people where the only inhabitants are androids and robots. I guess that I got my fill of placemaking from Sekiro: Shadows Die Twice. 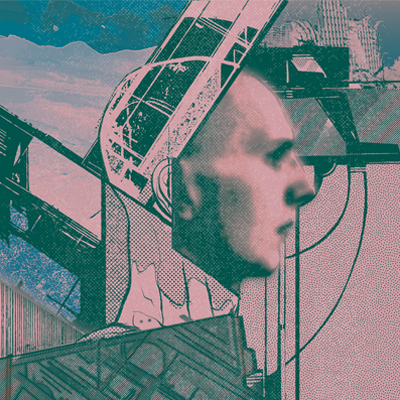 Justin is an archaeologist specializing in architecture, urbanism, and spatial theory, but he can frequently be found writing about video games, too. He has a column with Unwinnable called Forms in Light, which is all about the various connections between games and architecture. You can follow him on Twitter @JustinAndyReeve. 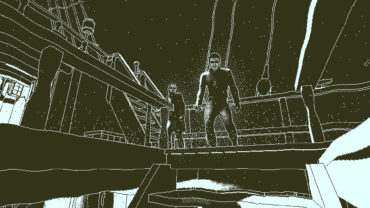 The Rise of the Information Game 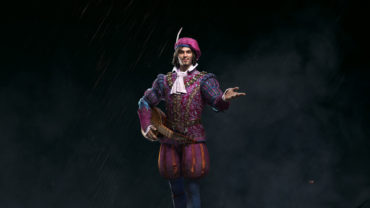 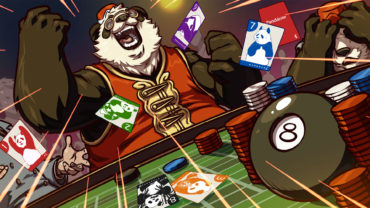